Throughout my life I have been forced outside of my comfort zone to survive. As a young adult I became a waitress, which for someone who is shy can be extremely difficult. Eventually this helped my confidence grow, but inside I remained the same awkward, self conscious young girl I always was. As I grew older, married, became a stay at home mother, and then divorced, I suddenly had to put myself out in the work force to take care of my family. I dislike greatly being told what to do, and even worse when to do it, so I decided to create a life where I was in charge, where I had to speak my mind to make things happen. To live my dreams out loud. I have been an entrepreneur ever since, which has been quite an adventure.

From running my own Children’s Enrichment Program, being an organizer, an interior re-designer, companion for the elderly, traveling farm teacher, to a Reiki Tarot card reader, both in person, special events, and then finally at the Renaissance Faire for 7 weeks last fall.

Needless to say it took a lot out of me to get this far. Now, because of the pandemic, everything has been temporarily shut down, or revised somehow, such as reading tarot cards online. I suddenly became stripped of all I had created, and have been a bit lost ever since.

Being home for the last 8 months has totally removed all the armor I had developed over the years, and now, with a mixture of great pleasure and a dose of anxiety, am hiding away as a hermit. Unfortunately I need to leave my sheltered place soon, as my mortgage and other bills aren’t going to pay themselves. Being unemployed is difficult. How my financial situation has been able to keep my family secure for this long is an absolute miracle. Despite the monetary stress, I love my cozy home, my daily walks around the lake, long hikes, hanging with my kids and my dog, reading romance books, tending my yard, making friends with the crows and squirrels, staying up late, and then starting all over again the next day. Because I have struggled with anxiety my entire life, this time has been a wonderful opportunity for me to heal from being in a constant state of flight or fight. I never realized how much I was ruled by my daily quest to find inner peace. Other than my responsibility to take care of my family, I have had zero obligations. This sabbatical of nothingness has been a much needed relief.

My inner shy girl loves this rambling, creative, peaceful lifestyle of being a pandemic hermit, which is why I am now investing my new dreams into creating this blog. Hopefully it’s going to give me the best of both worlds, so when everything is finally safe again I will have the freedom to be and do what makes me happy. It’s not that much longer when I will be entering my 60’s, and will need something less tiring, and less out there. I have no intention of going backwards and removing myself from everybody. I just want more control over choosing when I want to be my outgoing, friendly self, and when I want to quietly meander about my cave. Being a professional hermit who writes blogs about the outside world, sounds just like my cup of tea.

*In no way am I ignoring the trauma and suffering in our world, I am merely sharing what has kept me personally from being swallowed by despair. I pray constantly for humanity.*

How amazing to contemplate the intricate Beauty of the Universe. Our lives surrounded by everyday miracles we often take for granted. From the fragrant essence of a flower, to the perfect synchronicity of body and mind, breathing in and out, together, seemingly without effort. Lost in a world of struggle, we see from eyes limited by shadows. Judging situations by an endless litany of words; right, wrong, good, bad. Hoping to evade what lies before us without accepting what truly is. Gazing outwardly, denying responsibility for these life lessons. No one desires suffering, yet somehow it comes despite concerted efforts to hide. Leaning into jagged edges, centered without judgement. Choosing not to run, may be our only saving grace. Unknown to us the reasons of how or why. The masterpiece of our journey not to be seen in its entirety. We must trust there is beauty with every stroke of life’s brush. For surely the Spirit so efficiently guiding the Universe, is also the same energy from which we are born. Making our lives as miraculous as the most perfect flower.

Once upon a future time on a spinning planet called Earth, lives a seemingly infinite civilization of people, in all colors shapes and size. Each born with a shimmering light pulsing like the echo of falling stars. United by the truth that it’s better to live with grace, individually unique, equality and strength. Together in blissful harmony. The people honor and cherish the sacredness within.

Surrounded by a dizzying array of creatures great and small, hopping, flying, climbing, feathers to burrowing claws. The people honor and cherish the sacredness within.

From rugged stony mountains, to luminous blue seas, simmering deserts and ancient forests, all wonders in between. The people honor and cherish the sacredness within.

Seasons slowly turn, embracing the cycle of change. Every day a celebration, for the beauty they all share. Each night wrapped in holiness, for lessons they had learned. Thankful to remember, that separation has its cost. The people honor and cherish the sacredness within.

For long ago it was told, of a time wrought with despair. Their numbers and cares immense, they forgot why they were there on this spinning dancing earth, and began to grow apart. Fighting for whose light was brightest, each thinking theirs was best. They misused their fellow creatures, breaking cautious trust. They polluted healing waters and sundered what was grown. Depleting abundant soils, their refuge and their home.

The shimmering light within, like the pulsing echo of falling stars began to fade away, until it was nothing more than a tiny flickering spark. Separated, no longer could they see the light in the heart of others, nor feel from earthly creatures amidst the diminishing land. Instead they lied and blamed, for what they themselves had lost. Hidden behind deepening shadows, a tiny flickering spark, all but snuffed away.

The people forgot and searched to fill their growing need. In groups they stood together, formed by their own loss. Divisive was their shield, and hopelessness their sword. Using fear to create more power, they gave up their own way. Fighting to remain the same, and only darkness reigned.

Until one night it happened, the end was almost near. Everything was ruined, and the world was ruled by fear. The sky filled up with light, from each and every star, the brightness overflowing, and shown upon the earth. The brilliance of their warmth, made the people stop and stare, and suddenly they remembered what they knew since time began. They were all in this together, apart they could no longer stand.

Once upon a future time, the people honor and cherish the sacredness within.

Outside the winds are blowing wildly, the air is warm and filled with an unmistakable energy I haven’t felt in a long while. The night is getting late, I am tired from my long day of responsibilities. I have walked this road many times, and it is a good one. Routines can feel safe. They keep us on track to accomplish daily activities, secure in the knowledge life will continue to move in the same familiar direction. Our minds and realities become sleepy in the commonness of  predictable choices. Many times we hesitate, unwilling or unable, to seek out the less traveled paths offered along the way. Avoiding change, following the same steps as those before us, happy to stay where we are. One day waking up to the fact that nothing is further from the truth, for life is all about something being made different. Our bodies continue to reinvent themselves, and unless we choose to be stagnant in thoughts and feelings, these too are in constant fluctuation.  Change is a blessing and not always a welcome one. No matter how we understand it to be, transformation is undeniably woven into the fabric of our being, deeply rooted in all of Creation.  Clearly written for us to see in the phasing of the moon, day into night, the turning of seasons one to another.  Changes are everywhere, in everything, our very existence relies upon this truth. To be alive is to transform.
The winds are blowing wildly and I am ready
In Peace ~ Raven 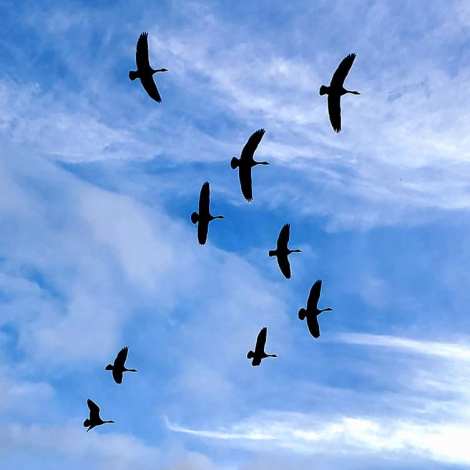 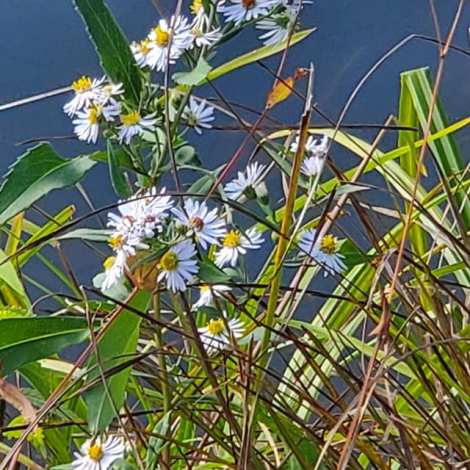 by Ann Mione
Join 260 other followers